The Evolution of Low Back Pain Treatment 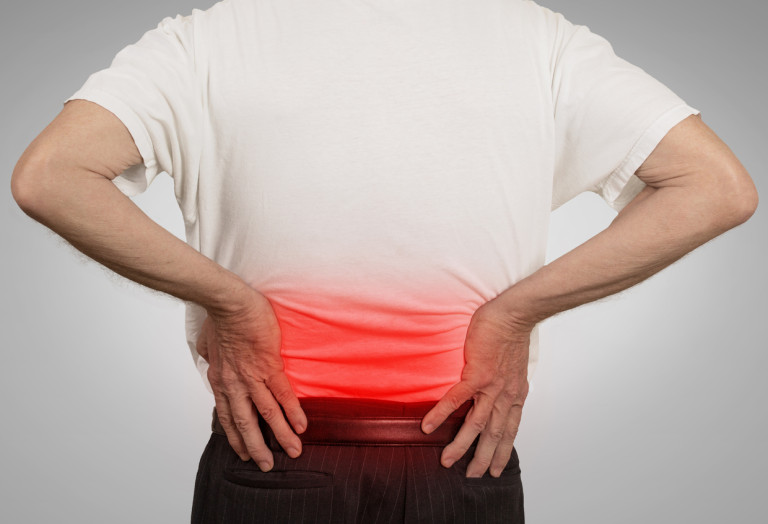 Low Back pain…just reading the words can cause pain for some.  Many people live with daily low back pain.  Sometimes it is a genetic condition and other times this is the result of an injury or accident.  No matter what the cause, it is never fun.  The good news is that the healthcare industry is starting to recognize the benefits of non-pharmacological options for dealing with this pain!  We found this great article to help explain the evolution of treatment options for low back pain.

In February 2017, the American College of Physicians (ACP) published a guideline calling for both physicians and patients to consider non-pharmacological options first when treating acute, subacute, and chronic low back pain (LBP).  Specifically, it recommends superficial heat, massage, acupuncture, and spinal manipulation for acute and subacute LBP, and exercise, tai chi, yoga, spinal manipulation and progressive relaxation for chronic LBP.

The guideline further states that if these non-drug therapies do not work for chronic LBP, NSAIDs should be considered next, followed by medications such as tramadol and duloxetine. Opioids are recommended for use only as a last resort, accompanied by full informed consent to patients on the risks.

The guideline is based on a systematic review of non-pharmacological therapies; included in that review is an evaluation of 61 randomized controlled trials on spinal manipulation. Authors of the review concluded that manipulation results in small short-term effects in terms of pain and function for acute LBP, with a somewhat greater effect seen for chronic LBP. For both acute and chronic LBP, treatment effect sizes were similar to those of other conservative options, and the state of the evidence was rated as low.

LBP Evidence from a Broader Context

These findings are consistent with those of at least a dozen other systematic reviews of spinal manipulation for LBP that have been conducted over the past 15 years–findings which were often used previously to exclude spinal manipulation and/or chiropractic care as a first line of defense against LBP. The big difference now is that the ACP considered these findings within the broader context of health care delivery for low back pain. While recognizing that the effect sizes of several nonpharmacological treatments recommended, including spinal manipulation, may be below what is considered to be a “clinically meaningful difference,” the ACP states that, “Factors that may support the use of interventions associated with small effects include low risk for harms, low costs, and strong patient preferences.”

There are several “factors” that are worthy of consideration. The United States spends more on health care than any other nation for a system that is ranked at No. 37 in the world (right below Costa Rica) by the World Health Organization (WHO). The need to improve the quality of care while simultaneously lowering costs is no longer under debate. Clinicians, payers, policymakers, employers, patient groups, and other stakeholders are actively engaged in the process of changing the U.S. approach to health care delivery.

The evolution of thought on how to treat low back pain is a case in point. Up to 80 percent of people have back pain severe enough to cause them to seek care from a health care provider at some point in their lives, with estimated direct and indirect U.S. costs in the neighborhood of $200 billion a year. Over the past five years it has become increasingly clear that an interventionist approach using the traditional medical model only exacerbates the problem. LBP is debilitating but it does not kill you; however, commonly used treatments might. The overall risk of death from spine surgery is 1,800 people per 1 million. The risk of death from the combined use of NSAIDs and aspirin is 153 per million. The risk of death from prescription opioid pain medications is 66 per million. Currently, more than 40 people in the U.S. die every day as a result of prescription opioid overdoses. This figure does not include those who begin taking prescription opioids and then move on to illegal opioids such as heroin. To put it in perspective, the risk of being struck by lightning in the United States in any given year is about one in 700,000. To put it even more in perspective, the risk of serious adverse events following spinal manipulation is estimated to be somewhere in the range of one in 5 million.

A majority of the treatments included as the first line of defense by the ACP guideline are either delivered or commonly recommended by doctors of chiropractic. This creates an unprecedented opportunity for the chiropractic profession to make a critical difference in an area of great public health impact. How do we maximize this impact on behalf of our patients? Look for my next blog post for some ideas.

This article was originally published on acatoday.org.  If you are in need of an adjustment, please contact us today!